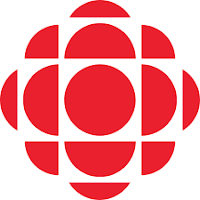 The last post on this blog was entitled “CBC’s farcical Diversity and Inclusion plan” – when it comes to employing people with disabilities.  Since Canada instituted the Employment Equity Act , more than 30 years ago, federal corporations (like the CBC) and federal contractors have been required to establish and meet employment goals for women, visible minorities, indigenous peoples and Canadians with disabilities. It seems a reasonable expectation for a corporation that receives over a billion dollars annually of federal government funding. The CBC has consistently failed to meet even the most modest of goals when it comes to disabilities.

The MediaPerspective post prior to the one mentioned above was published on November 18th 2017 and appeared under the title “CBC’s Persistent Bigotry.” It chronicled my experience and observations of Canada’s publicly funded broadcaster’s resistance to employ Canadian with disabilities in anything but the most menial of tasks over the past 3 decades. 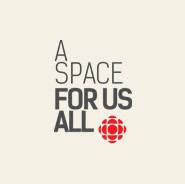 strategy they refer to as A Space for Us All.  They stated the strategy “aims to be the public space at the heart of our conversation and experience as Canadians.” These most senior executives continued:

“Inclusion and Diversity (I&D) is integral to achieving this vision, as it highlights the importance of including a range of faces, voices, experiences and perspectives in our content and workplace. The public broadcaster must be relevant to and representative of the population it serves.”[1]  [my emphasis added]

I found these comments reassuring in theory, disappointing in practice. Messrs. Lacroix and Lalande and Mme Conway, as the most senior executives, may have such a commitment but somehow it hasn’t filtered down to managers, executive producers, casting directors or others who actually do the hiring.  The Inclusion and Diversity Plan illustrates the utter failure to meet targets to hire and retain people with disabilities, across various every levels of the CBC.  I am left to conclude that a persistent bigotry against the idea of disabled employees is still firmly embedded in the workings of CBC beneath the President and Vice-Presidents. This absence of disabled employees persists despite a number of training and networking activities being developed.  These include:

·      a development workshop for diverse content creators, providing participants with the tools and resources they need to develop their own pitches for original programming. Has the workshop actually been developed? If so, who developed it? Were the developers of the workshop experienced with issues and barriers faced by Canadians with disabilities. How often was the workshop presented to CBC staff? What follow-up occurred to reinforced the content of the workshop?
·      A yearly networking event that focuses on facilitating connections between emerging diverse talent, experienced creators, decision makers and our production partners.  Was there only one yearly networking event? Did “facilitating connections between emerging talent” include emerging talent with disabilities? If so, how many? Were emerging talented people with disabilities actually connected with experienced creators and decision and/or the CBC production partners? If so, how many? What were the results?
·      A working group on diversity in drama series, bringing together all levels of the industry. Was the working group established? If so, who established it and who makes up this working group? Was this group the Joint Employment Equity Committee (JEET) mentioned on page 6? How active and proactive are they at bringing together all levels of the industry to benefit disabled actors, broadcasters, writers, film-makers, etc.[2]

The preamble of the Inclusion and Diversity Plan mentions that there have been a number of CBC-led initiatives targeting specific communities, such as:

Ø “A new learning journey at Radio-Canada to encourage the hiring of more Aboriginal employees within News and Current Affairs and similarly, at CBC, we are working with our Aboriginal unit and leadership across the country to improve recruitment and internship opportunities.” Excellent! Was the same thing done to encourage hiring employees with disabilities? Is there a disabilities unit at CBC similar to the Aboriginal unit? If not, why not?
Ø “Coordinated, multiplatform programming for targeted vents, such as our [CBC] initiatives surrounding Black History Month.” This is good in the area of visible minorities. Did the CBC give similar attention to the International Day of Persons with Disabilities? Did coordinated multi-platform programming happen for Canadians with Disabilities?

If the aim of the CBC is to be relevant and representative of Canada’s population, then that should be reflected not only in their programming but also in their own workforce. According to Statistics Canada, nearly 14 percentage of Canada’s population over 15 years of age have disabilities. The targets and goals for CBC employees with disabilities should reflect this.  By extension, a similar representation of Canadians with disabilities should be reflected in News, Current Affairs and dramatic programming, including on-air presence.

Page 5 of the I&D Plan states, under the title PROGRESS ACHIEVED, that CBC’s human resources department (called People and Culture) focuses on “attracting, recruiting and developing a diverse workforce.” Apparently they have a team to help foster a culture of inclusion. (I can hardly wait until they start!)  They claim, “The Corporation’s workforce became increasingly diverse over the last three years, as did the Canadian population.” Nice words, but “the Plan” later confessed that:

“Aboriginal peoples and persons with disabilities – saw marginal increases in representation. However, important representation gaps remain in those two groups. Barring a concerted recruitment and hiring effort, existing gaps for three out of four designated groups may remain.” [My emphasis added]

It seems that not much progress was actually achieved. What sort of

review and adaptation of the plan has occurred since 2015 to improve this disappointing reality?  What response did JEET have to improve recruitment of employees with disabilities?

The Corporation's employees with disability across Canada represent a mere 1.7% of their workforce.  Perhaps a “concerted recruitment and hiring effort” is needed.

In this latest document to the federal government, more current information is presented. There’s little improvement, after the smoke and mirrors of the document are cleared away. It’s designed to cast the CBC’s dismal performance in the best possible light.  The report stated that CBC/Radio-Canada increased its representation rate in all designated groups during 2016. Wonderful! Then they revealed that the results for the four designated groups under the Employment Equity Act: (Women, visible minorities, indigenous peoples and persons with disabilities.)

Keep in mind that any minuscule increases in disability hires were for one year of a 5 year strategy. This should be viewed in the context of more than 30 years of the Employment Equity Actbeing in force! By now, their workforce should resemble and represent the population (see footnote #1 of this post).

Although not included in employment equity targets, there must also be a general openness within the CBC to contracting seniors to developing and presenting programming to and for issues impacting seniors, including disability that increases with age.

According to the 2016 federal census 16.9% of Canada’s population are 65 or older. If representation and inclusion are as important to the CBC as they claim, they should have about that much programming dedicated to issues impacting seniors – including increasing disability with advancing age.
All of this ties back to something I quoted at the beginning of this post that CBC’s President and Vice Presidents of English and French Services said: “The public broadcaster must be relevant to and representative of the population it serves.” Indeed it must. But it requires a significant shift in CBC’s corporate culture and collective mindset to actively embrace the inclusion of people with disabilities across the organization, at every level. Under-representation (or absence) of employees with disabilities across the spectrum of CBC, News and Current Affairs and programming cannot continue. The problem is systemic.

While I was preparing this post I received an disheartening email from CBC’s Values and Ethics Commissioner. She wrote, “The allegations in your email are broad ones. If you have a specific complaint regarding the behavior of one of our employees, please indicate the nature of the complaint you want to make and send us specific details.” She doesn’t get it! The Commissioner of values and ethics does not understand that the problem is not with a person  per se -- the problem systemic. And that involves corporate values and ethics at a fundamental level. I am not pointing at an individual. I am accusing the CBC of a long-standing and continuing anti-disability prejudice. The CBC needs to change to reflect the reality of our Canadian mosaic that includes people with disabilities as integral, contributing and valued members of society and the Corporation.

Words like diversity and inclusion ring hollow if they are not backed up with action and do not reflect in the numbers.

[2] I am aware that the pool of talent amongst the disabled population may be small and/or have inadequate training. This is where “facilitating” becomes important. Be pro-active. This may involve apprenticeships and internships, job shadowing, on-the-job training, seat purchase in radio and television arts programs at post-secondary institutions such as Ryerson, Mount Royal College in Calgary, Radio and Television Art (Edmonton and Calgary), cooperative work programs, etc.
Posted by Mark Davis Pickup at 2:55 PM 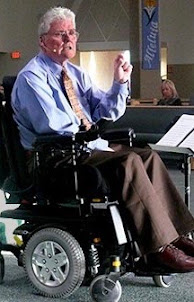